To some, he’s a brilliant tactician and loyal servant of the Queen. To others, he is a ruthless raider, attacking in the dead of night, up and down the Spanish Main. But while some call Captain Henry Morgan a privateer still others name him a pirate, none can argue his skill at the helm or the deadly accuracy of his guns! So whether it be out of respect or fear, Morgan’s name is spoken throughout the Caribbean in a whisper

The Captain Morgan figure will be available to each of our players at the FFoS pirate event for free at Adepticon and available in a limited quantity for purchase at the reception desk.
Posted by Caveat Huckster at 12:54 PM 2 comments: 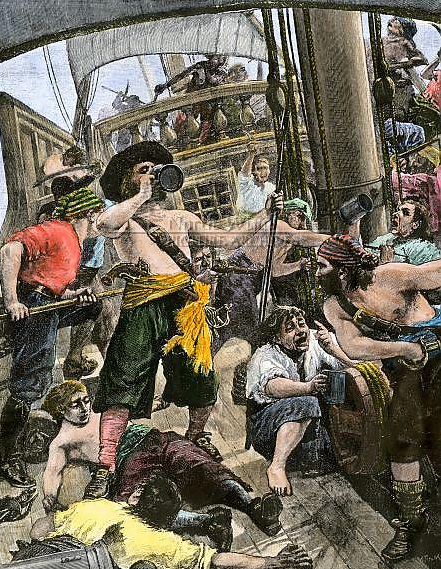 Adepticon Interview.
Adepticon asked Carl Tuttle of The Independent Characters' Pod-cast to interview the crew before our trip to Chicago. Carl a consummate professional, in the link above questioned Steve Hobbs, Zack Daley, Scott Christian, and Thor about the gist of this event. Some how The FFoS crew managed to  struggled through the interview without Double-Entendre or scatological humor, another notable feat in professional Journalism.

http://www.adepticon.org/
Posted by Caveat Huckster at 12:19 PM No comments:

Back to the same ole place, sweet home Chicago.

Friday and Saturday night only North America's longest running and largest pirate game. Each player will receive a complementary pirate figure never before released to the public.

http://www.adepticon.org/
Posted by Caveat Huckster at 9:05 AM No comments: