I wanted to post these three together to show a compare and contrast of these fantastic ships. 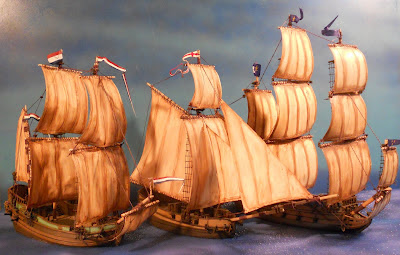 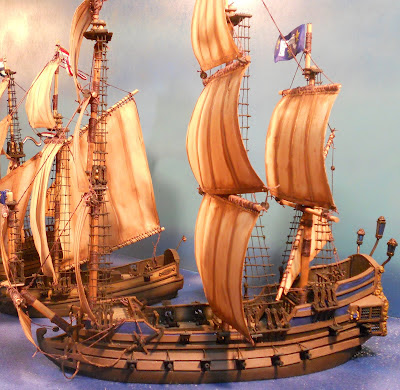 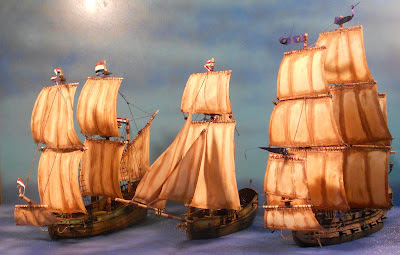 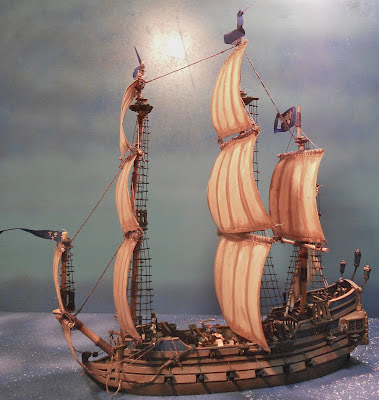 After months of persistent interdiction from pirates the merchants of Fort Nicanville have turned to heavily armed trade vessels to bring commodities to their bare shelves. Seen above the Douche Doree a 26 gun Indiamen packed to the gun walls, is delivering relief to the market's dry goods predicament. " Look We have needs out here on the edge of his majesties' glorious empire and if the Golden Shower can provide what we need we will pay. Our butter needs churned, our melons need to be placed in the hands of our customers, we have nuts rotting on the dock. We're taking a real soaking out here and we need relief." Quoted a frustrated stall vendor. 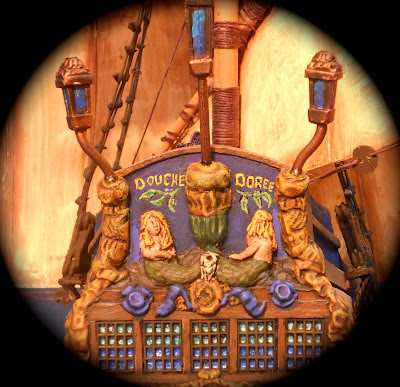 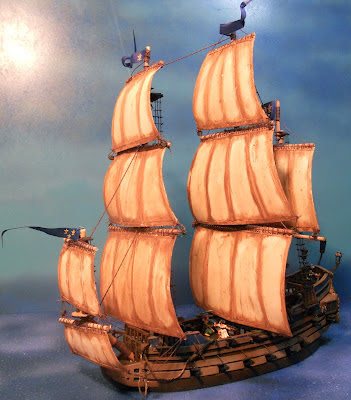 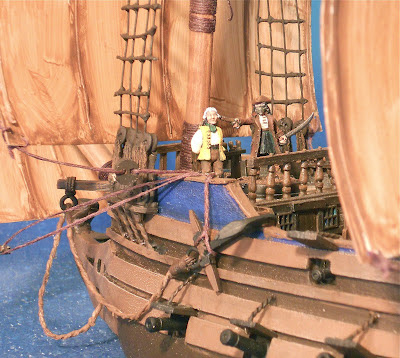 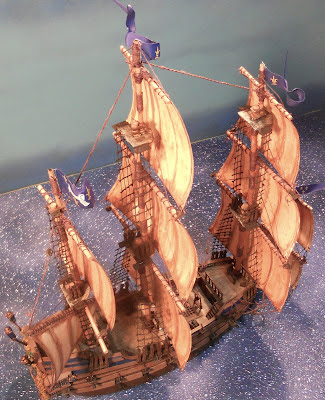 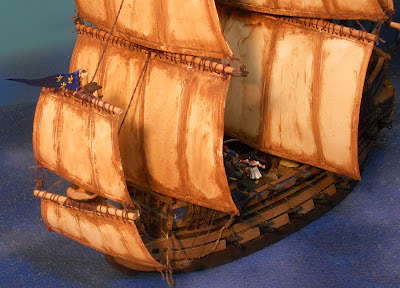 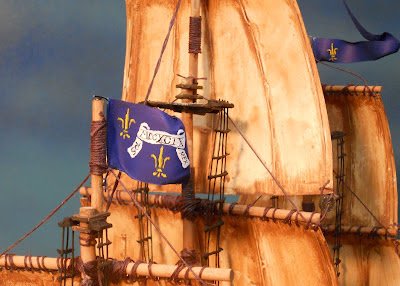 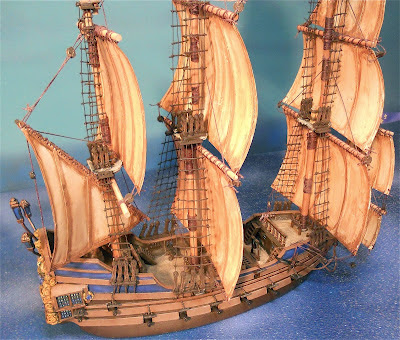 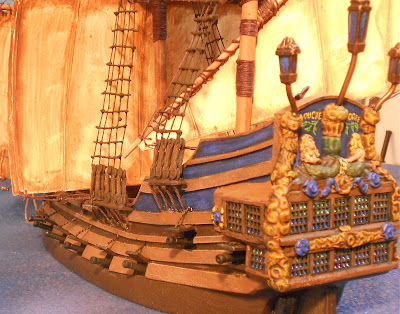 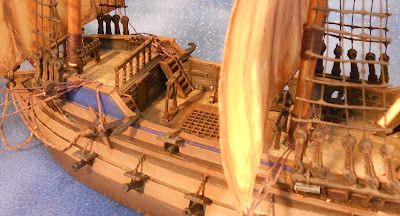 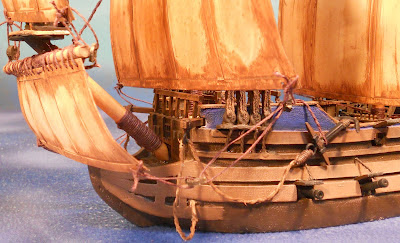 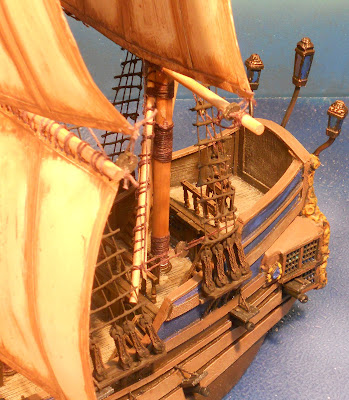 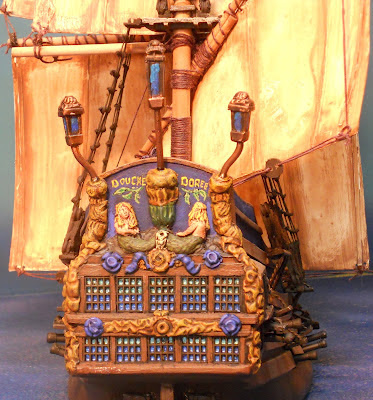 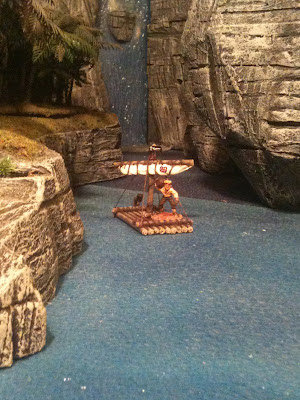 The next installment for the largest pirate game in the USA is now officially registered with the organizers of Recruits. (link) Our crew has been granted an exclusive suite at the school to host our event and the accommodations are very generous. As a bit of a preview we haven’t changed much about the game this year except we are adding at least two more ships and there have been negotiations with a local group in Missouri to expand the table area and add 9 more ships. That will bring the game to around 30 Ships and the possibility of as many 1st mate characters. You must be 16 or older to captain a ship and 15 or younger to play a character in the game. Anyone interested in bringing their own ship is encouraged to contact our crew before the 14th of September about a ship’s play log. Captains who do bring their own ship are granted a spot in the game but they need the following items to play:

1) an official playable log sheet made by our crew.

and at least 12 crew members for a shore party.

4) A small treasure chest or velvet bag for doubloons.

Anyone not bringing a ship will be provided these material but will have to sign up to play on a who traveled farthest, got here first, dressed most like a Pirate, bribed/threatened the right judge, or any other 17th century jockeying they can win favor in the royal courts with. 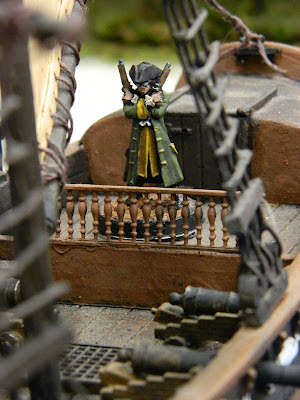