10 miles South of town and we we're already broke down. 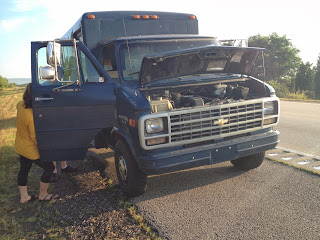 So somewhere south of Fayetteville, Arkansas my navigator Thor (not pictured) informed me that we had lost the heater core in the van. Being not as mechanically savvy  as I wished, I inquired "how do you know?" He just pointed down to the floor board beneath the dash at a gushing waterfall  of steaming green liquid he dangled his feet above.
My first reaction was a conjuration of words so profane a long shore-men would have been stunned, after which I knew the trip was about to come to an abrupt end.
After a moment of silence Thor simply said " ah man give me about two hours." 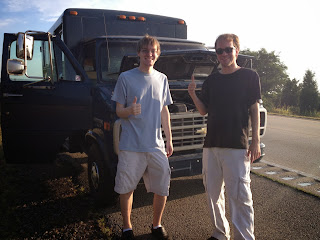 Thor blessed with a mechanical genus he claims that "20 years of owning piece of Sh!T cars" had the van up and running after a heater core bypass that looped the coolant back to the radiator intake. Repairs total cost: $11.64 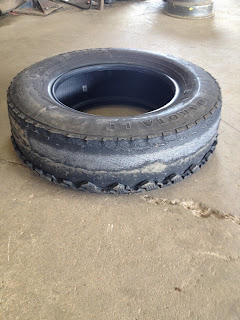 The Van still wasn't done with us. I realize that the van is probably older than some of my readers, but every time we go out we end up with a repair bill larger than the actual fuel cost. Thor joking has christened her "Scott's Fat Little Princess." Only because I talk to it for encouragement.
Between Conway and Little Rock she had another tantrum. $500 latter she had new tires and was quite happy with her new shoes.